More and more, the realization takes root that precarity – or the critical uncertainty of not knowing one’s immediate future – constitutes a fundamental characteristic of contemporary non|citizenship in the world after 9/11. The need arises, therefore, to take away the expertise from the usual containers of science and policy and throw the question – about today’s critical conditions, our changing horizons, our everyday responses – in the midst of people who actually undergo its consequences.

Interactive art constitutes an interesting way to embark on such a journey because it systematically destroys the privileged, unbroken view of the observer to transform it into a spectator, who at the same time is viewer and parcel of this staged reality. The scene becomes a symbol, a locale that reflects and at the same time challenges some of the underlying premises of contemporary social issues.

Since 2012 I have been member of a theatre company in Bologna by the name of The Compagnia dei rifugiati (Refugee Theatre), now called Cantieri Meticci. The company is directed by Pietro Floridia, who has a long experience with political and ‘travelling’ theatre. It originates in the theatre company ITC-San Lazzaro / Teatro dell-Argine, collaborates closely with Acting Diversity (pdf), an intercultural theatre project co-financed by the Anna Lindh Foundation (the Euro-Mediterranean Foundation for the Dialogue between Cultures) and works together with the Extreme Political Art company Badac Theatre and the Palestinian group Al-Harah. The group is made up of over 70 people from more than 30 nationalities, whose work focuses on crucial issues such as citizenship rights, racism and migration. Through the embodied experience of intercultural art, it wants to contribute to cultural dialogue and the promotion of lived diversity as a means of active social participation and cooperation.

Since 2015 I also collaborate with MIC|C (The Margin is the Center of Change) an anonymous collective composed of scientists, artists, and activists who engage in a participant research of the Margins. The collective’s goal is to occupy a permanent place in this liminal space, in order to reveal and to challenge its internal contradictions. 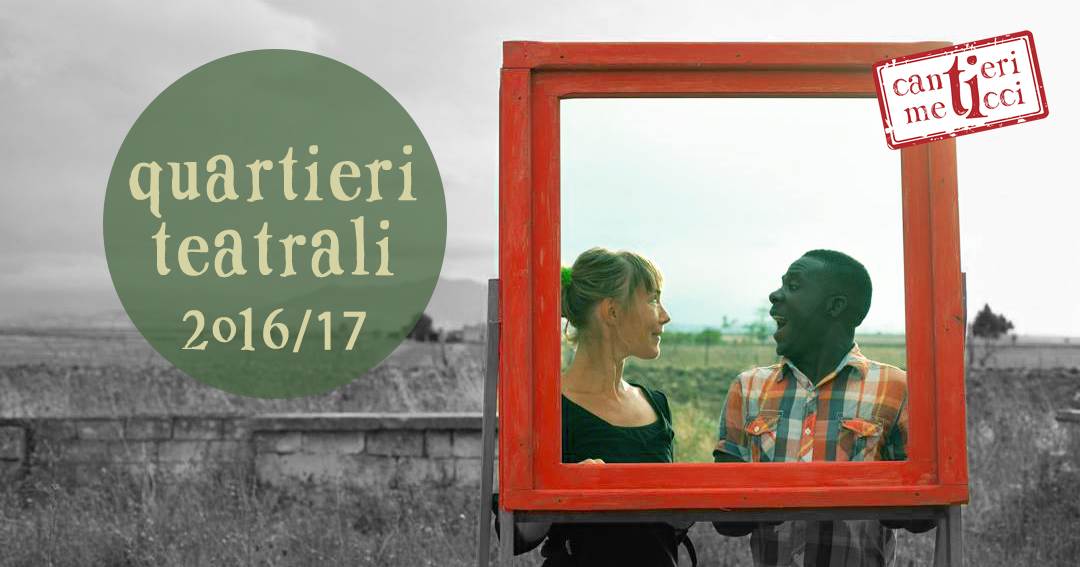