My edited journal issue with ACME – the e-journal for critical geographies – is out now!

click here to reach the link of the totally free issue.

Beneath you find a more detailed description.

A public outcry about the creeping hand of European border policies towards the African continent is spreading rapidly throughout the Mediterranean region. Initiatives like Fortress Europe, Melting Pot and The Migrant Files reveal a plethora of new technologies and political developments that aim at simultaneously de- and relocalising, re- and deterritorialising the Mediterranean maritime border through the lense of increasingly violent migration control methods. 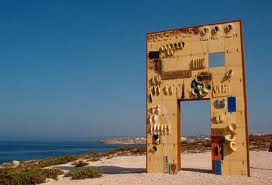 This emerging spectacle of the border forces one to radically rethink dominant concepts of borders, territory and (state) sovereignty across the Mediterranean borderland. Because of the assemblages of ‘state’ and ‘non-state’, ‘territorial’ and ‘non-territorial’ actors involved in border control, scholars now conceive of the Mediterranean as a networked border, which reveals itself in particular through an archipelago of channeling devices to dissect the flows of people goods and knowledge crossing the seas in various ways.

Rather than “lines in the sand”, contributors to this issue reveal the multi-scalar and multi-dimensional ways in which borders are enacted and imposed through a network of connected places – like islands, oases, frontier settlements and expressed through long legacies of confinement. The border between Africa and Europe nowadays takes shape not only through classical material devices like fences and barbed wire, but also, and increasingly, through pixels on screens, hovering helicopters, unidentifiable security forces and other armed subjects in the middle of the desert and flying border brigades across national territories.

But as borders become more de-territorialized and networked, migrants become so, too, and their agency filters through the semi-permeable membrane that the border becomes. Such changing border subjectivities, this issue reveals, both enrich and complicate resistance against violent anti-migration technologies. As the border becomes ever more difficult to pin down, so become the lives of migrants who remain trapped in a journey that never ends.

For a broader discussion, see also