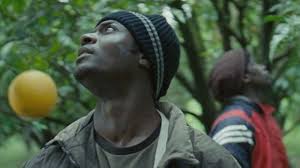 The critics were enthusiastic about this debut movie of Jonas Carpignano, a young Italian-African-American director who received the critic’s prize during this years’ Cannes festival. The movie (a coproduction between Italy, France, the US, Germany and Qatar), which was filmed in Morocco and Calabria, tells the story of two immigrants from Burkina Faso who reach Italy after a long journey through the Libyan desert, and get involved in the revolt of Rosarno of 2010. Mediterranea is a story about the precariousness of globalisation, the author mentions, but also about prejudice and what being a migrant in contemporary Europe is like.

I must admit I haven’t yet seen the movie, but as soon as I do I will post my impressions. In the meantime you can read the Guardian’s review here.