After Austria announced its border closures two weeks ago, Slovenia has started building several fences alongside its border with Croatia -thus forcing migrants to choose alternative routes. Though Reuters has no news on where and when the fence building would start, the Frankfurer Allgemeine (FAZ) mentions several border ‘obstacles‘ at Bregana/Rajec, Gornji Macelj, and Rupa, the main crossings from Zagreb towards Slovenia (respectively to the North, Northwest and East, towards Maribor, Ljubljana and Trieste, in Italy). This means migrants coming from Croatia practically have no alternative then to go straight to Italy -possibly facing another dangerous sea route. 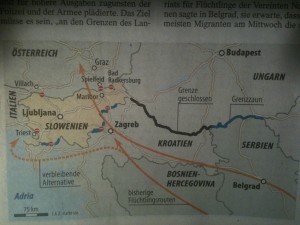 The Slovenian government says these obstacles are not meant to completely seal of the border but just to “divert” migrants. Already on Monday evening, it took several emergency measures to protect the Schengen area in preparation of the arrival of up to 30.000 refugees to Slovenia this week. The small country has become one of the main transit countries on the so-called Balkan route. 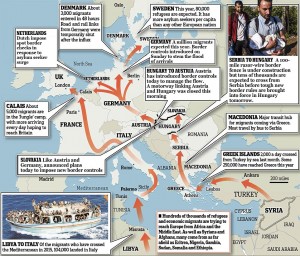 migrant flows across the Balkan route are triggering an intriguing sequence of openings and closures towards the EU, as this interesting map from Reuters (September 2015) shows. In the meantime, an interactive Refugee Volunteer map has been introduced on google, which indicates changing camp sites and possible border crossings.

Slovenia and Croatia (which does not belong to the Schengen area) have agreed now to allow a maximum of 1000 migrants to cross the border every three hours, the FAZ writes. On Monday Croatia sent more then 5000 people onwards to Slovenia, which caused the Alpine country to seal off its borders. While the border between Croatia and Hungary is closed, and Hungary has built a border fence with Serbia, the latter allows migrants to cross the country after registration at its border checkpoints with Macedonia. Croatia continues to channel its migrants through several, mobile camp sites -amongst others in Opatovac (which has apparently been closed), and Slavonski Brod, situated on the Sava River.  Ironically, Slavonski Brod served as a refugee camp during the war in ex-Yugoslavia. It was subject to serious shelling by Serbian forces stationed in Bosnia at the time, as this book on war crimes in ex-Yugoslavia indicates. For now, it appears to suit Croatian authorities, who are managing the camp together with IOM, UNICEF and the Red Cross, best because it has its independent railway station to channel migrants in and out of the camp swiftly.

Besides these overlapping borderscapes, European leaders face serious difficulties diffusing the tensions these constant migrant flows to the Schengen area generate. While Balkan leaders continue to scream for emergency measures (Macedonian President Gjorge Ivanov was quoted as using U.S. independence hero Benjamin Franklin’s saying: “If we don’t stick together we will hang separately” two weeks ago), EU Commission Chief Jean-Claude Juncker increasingly attaches assistance to ‘effective border management’ and wants EU-directed migration to be recognised as a global issue. At its upcoming top, he wants the G20 to declare a step up of funding for international organizations dealing with migration crises. Some major battles around the issue of migration are surely ahead of us. 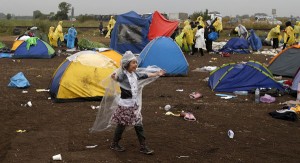 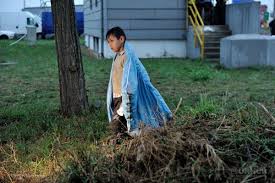