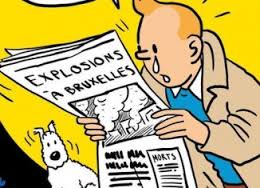 I’ve been willing to write something about Brussels for a while now, but somehow I missed the words. Other than the tragic loss of 32 lives, the wounding of many others, as well as the fact that the attack took place in Belgium, where I was born, in an airport where I’ve passed dozens of times, a metro I regularly took, perhaps the most sobering aspect of the 22 March attacks has been the widespread resignation with which they have been received. Contrarily to Paris and New York, there were no patriotic speeches on the rubble of crumbled buildings; and few were the propositions to ‘smoke out the terrorists’ from their ‘caves’ and hideouts.

One reason might be the awareness that the neuralgic centre of the attacks lay a few miles from where they took place this time. In that respect, it’s been ironic how Brussels, and Belgium by extension, has quickly acquired the epithet of the ‘failed state’ in quite similar ways Afghanistan or Somalia continue to be described by some conservative think-tanks like the Fund for Peace. Driven by almost revanchist undertones (for example in these reflections by Tim King and former war reporter Teun Voeten for Politico), Belgium’s dysfunctional federalism is taken as a mirror for the ‘lawlessness’ and rising radicalism in the Brussels neighbourhood known as the terrorists’ headquarters. Such analysis not only glosses over the systematic institutional hypocrisy with regard to the city’s, admittedly, major problems (which are confronted with the usual mix of militarisation and social neglect) but it also mistakes such wider social unrest for the jihadi’s personal motivations. Besides the fact that Belgium still produces more foreign fighters than any other European country, one must not forget that none of the attackers (neither of Paris nor of Brussels) were interested in radical Islam until very late before they decided to dedicate themselves to the armed struggle. Observers, like Olivier Roy and Fabio Merone, who know the wider recruitment basis of ISIS in Europe a bit, all agree that the religious extremism of these young people is nothing more than anger dressed as Islam. Otherwise how do you explain that Abdelsalam Salah was “drinking beer and smoking joints” a few weeks from the attacks of the Bataclan, as some of his friends recalled in front of the cameras…

In that respect I much more preferred a report by l’Espresso (unfortunately not translated into English) which places the reasons for this rage in the socio-cultural divide between first and second generation immigrants, and the fact that immigrant youth risk to see their host country and their parents as traitors of a failed life project (or, as one foreign fighter explained to his mother shortly before he left: “If I had blond hair and be called Jacques I would most likely be sitting at my comfortable job at the commune, but with my Arab name I can’t even find work as a street-sweeper”). Even if this sounds absurd for the majority of muslim youth in Belgium, ISIS has become very apt at exploiting the projects of revenge that germinate in a life enmeshed with boredom, frustration and petty criminality for a minority of them in very similar ways as the Camorra has taken grip over its strongholds of Scampia or Castelvolturno in the Italian de-industrialized South. With the only difference that ISIS does not (just) promise money and power but also paradise. Feeling rejected by their homes, organised violence provides for these youngsters a new family in many respects -awkward as it is.

But BXL22M also forces us to consider more seriously the changing geography of global warfare these days. Besides the risk of urban conflict strategic think thanks warn for (of which Brussels has been another prominent example the last few days), global jihad cannot be limited to a war ‘in the borderlands’, but it also comprises a wider structural basis in the many de-industrialized cities of the North that continue to germinate frustration and revenge. How to connect these dots will be an important task for the future, as will be the challenge to avenge right-wing extremism that is rising at equal pace. 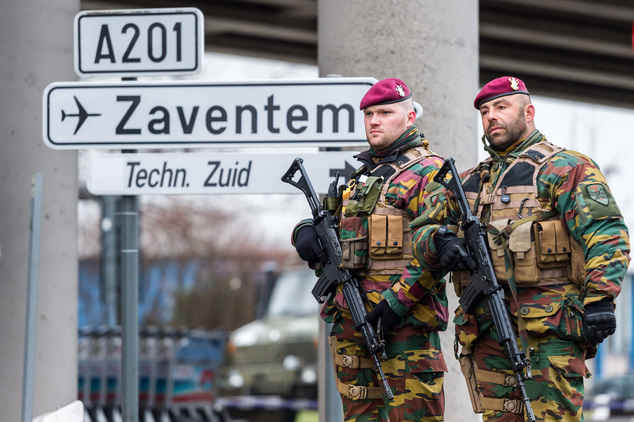 1 thought on “After Brussels”