Watching Theo Angelopoulos’ movie To metewro vhma tou pelargou (The Suspended Flight of the Stork) the other night, Mustafa Dikeç’s comment about the ‘where of asylum’ came back to mind (see previous post: Where is the Law?).

This rather less recent movie (it dates form 1991) tells the story of a famous Greek politician who disappears to a village on the border with Albania (it is the first of a trilogy on borders by Angelopoulos). The village acquired the nickname ‘Waiting Room’ since the refugees the Greek government placed there, are waiting for their visas for elsewhere. But after years that ‘elsewhere’ acquires a rather strange meaning, the journalist, who inquires about the politician’s disappearance, notes in the movie.

Greece and the Mediterranean have changed much since these early days after the end of the Cold War. Many ‘Waiting Rooms’ have emerged now within Europe’s national borderlines: in Athens’ Exarcheia neighbourhood, in Tel Aviv’s Lewinski Park, in Milan’s Porta Venezia, on Berlin’s Oranienplatz, migrants flock together to confront experiences and plan their onward journeys -often accompanied by activist networks. Next to the constant tensions their experiences and hopes generate in Europe’s internal border zones, these ‘waiting rooms’ are also often liminal places, characterized by a creative energy and re-constellation of identities that have the potential to transform social and political relationships. 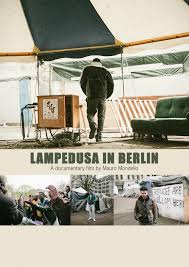 By way of example, I mention two documentaries, Asmarina by filmmakers Alan Maglio and Medhin Paolos about Porta Venezia, and Lampedusa in Berlin, by Mauro Mondello, which narrate these emergent realities of Europe’s liminal ‘waiting rooms’. 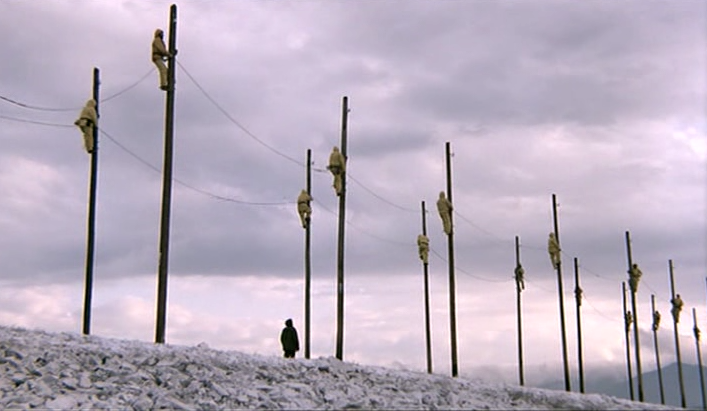 how many borders I must cross to feel at home? (from Angelopoulos: To metewro vhma tou pelargou)